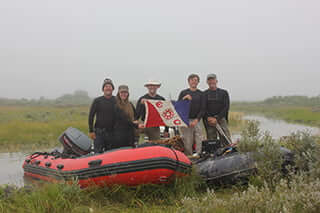 Fara Heim is a project of exploration and field research awarded Flag Expedition 109 of the Explorers Club, the professional body of explorers, whose previous flag firsts include first to the North Pole (Robert Peary and Matthew Henson), first to the South Pole (Roald Amundsen), first to the top of Everest (Sir Edmund Hillary and Tenzing Norgay) and first to the surface of the moon (Neil Armstrong and Buzz Aldrin). The project’s ship is Glory of the Sea, veteran of a circumnavigation of Antarctica, supported by a hovercraft. 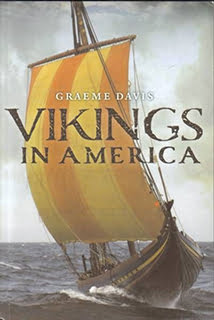 Dr Graeme Davis, Professorial Research Fellow in the School of Humanities and Social Sciences, University of Buckingham, is academic advisor to the Fara Heim project. His research interests include Viking history and Old Icelandic language; he has been a British Academy grant-holder researching at the University of Iceland and has carried out phenomenological research in Greenland. His book Vikings in America presents a synthesis of academic views on Viking contacts with America, both the well-known “Vinland voyages” to Newfoundland and beyond and the less well-known travel within the Canadian Arctic. Comparative Syntax of Old English and Old Icelandic furthers understanding of the language of the Vikings.

Work for summer 2016 includes marine archaeology relating to the wrecks of the 1697 Battle of Hudson Bay, particularly the British frigate HMS Hampshire. A broadside of HMS Hampshire with the French ship Pelican resulted in the sinking of both ships. 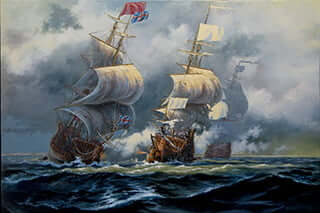