Director of the Philosophy by Research Programme

Alicja Gescinska is a Polish-Belgian philosopher, novelist and poet. As an academic, her main areas of expertise are political theory, continental philosophy, and the history of ideas. Apart from her academic work, Gescinska is also one of the leading public intellectuals in Belgium and the Netherlands. 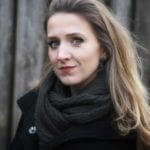 She was trained in Moral Science at Ghent University. She obtained her doctorate in Philosophy at the same university in 2012, with a dissertation on the notions of freedom and personhood in the phenomenology of Max Scheler and Karol Wojtyla. She was also affiliated to Warsaw University for a year as a visiting researcher.

In 2011 she published her critically acclaimed book De verovering van de vrijheid (The Conquest of Liberty), which was nominated for several book prizes, and awarded the Mens.nu Prize for the best non-fiction book of 2011.

From 2013-2014 she worked as a research fellow at the Politics Department of Princeton University, where she wrote a monograph on the Polish philosopher Leszek Kolakowski. From 2014-2016 she worked as a Karl Loewenstein visiting professor at Amherst College.

In 2016 she published her first novel, which won the Debut Prize in Belgium. For the Flemish public broadcaster, she made a philosophical television programme of nineteen episodes in which she visited and talked with intellectuals and artists around the world.

In 2018 she published a philosophical essay on the social significance and moral meaning of music. It was shortlisted for the Socrates Cup Prize, which awards the best philosophy book in Belgium and the Netherlands.

In 2019 Gescinska was named one of 40 European Young Leaders by the thinktank Friends of Europe. That year she also published an essay on the social and political responsibility of intellectuals. It won the Liberales Book Prize, an award for the best book in political philosophy. It was also nominated, together with her essay on music, for the Hypatia-prize 2018-2019: a biyearly award for the best book by a female philosopher.

Essays, articles and books of her have been translated into German, Polish, Spanish and several other languages. She has a regular column in The Brussels Times and occasionally writes for other media as well. Her academic writings have been published in leading international journals and by publishing houses, such as Routledge, Studies in East European Thought and Philosophy.