Head of Economics/Reader in Economics

Dr Kabiri is Head of the Dept. of Economics and International Studies and Co-director of the MSc in Money Banking and Central Banking. He studied Investment and Banking at ICMA, Reading University and then continued at the LSE and Cass Business School where he earned a PhD in Finance specialising in measuring asset bubbles. From 2010-12 he was a Lecturer in Economics at Cass. 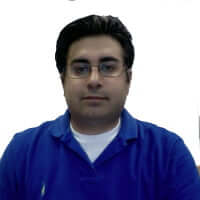 He has been a Research Associate at the LSE Financial Markets Group (FMG) since 2012 and is an Honorary Lecturer at UCL in the Dept of Clinical Educational and Health Psychology. He has been a Visiting Research Scholar at Columbia University, Princeton University, Rutgers University and Yale School of Management in the USA. His research interests include financial frictions, behavioural economics and economic/financial History. He is currently working with Princeton University and UCL- Centre for the Study of Decision-Making Uncertainty (CSDU) on the role of psychology during economic booms and recessions.

Ali Kabiri, The Great Crash of 1929: A Reconciliation of Theory and Evidence (Basingstoke: Palgrave Macmillan, 2014)