Our field work started in earnest in 2005. Including the last October 2012 dig, we have had 31 days on site in total. 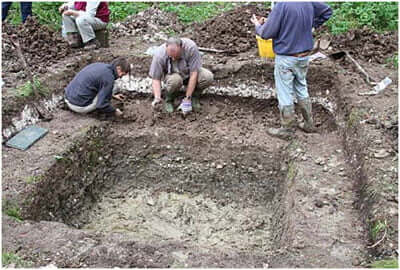 Starting to dig Trench 19 – where later a very large amount of Mesolithic material was discovered. Volunteers Mim Smith and John Holmes are being supervised by Tom Phillips of Oxford East Archaeology unit (right).

Since May 2010 the team have started to uncover a very large amount of Mesolithic material in the spring at Blick Mead. Around 12,000 pieces of worked flint and burnt flint have been found so far in three trenches, one measuring 6×4 and two 2×2 metres, as well as over 500 pieces of bone dating from the Mesolithic. Virtually all the tools are in pristine condition – indeed, some of the team have had their fingers cut by them as they are still so sharp. The burnt flint is important because it is rare to find so much in secure Mesolithic contexts, and it suggests very hot and large fires nearby.

Professor Tony Legge of Cambridge University analysed the bones in 2012 and ascertained that over 60% of the bone recovered is from aurochs. Aurochs were very large wild cattle, the most powerful animal in the landscape, and they may well have been the most powerful symbolically.  This is an unusually high percentage of aurochs remains to be found, and there are also some unusually large red deer and wild pig remains in the assemblage. 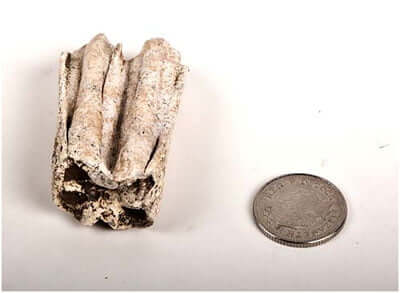 The flints are currently being examined in detail and catalogued by Dr Barry Bishop as a result of a grant from the Wiltshire Unitary Authority. Most excitingly, his interim report says that we have found evidence for a rare type of Mesolithic domestic site termed a “homebase”, a residential site, where families lived in a place which was “repeatedly revisited”. He also argues that the deposits of worked flint continue for “hundreds of metres more”, and that there are tool types and flint fabrics which suggest a movement of people and resources to the site from across a wide area. For example, tools such as Horsham points have been found, and most intriguingly, we have also found a slate tool shaped like an arrow point. 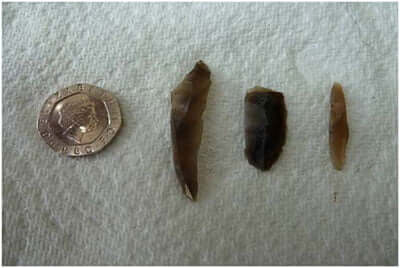 The five radiocarbon dates obtained from the site date it as being occupied between 7550-4700 BC, as there is a date from every millennium – a staggering near 3,000-year use of it. The latter end of the radiocarbon date is very interesting as it provides the only dates between 5000-4000 BC ever recovered from the Stonehenge environs. This is arousing great interest from archaeologists who have long pondered the possibility of a “missing link” between the Mesolithic and Neolithic being found in the area. 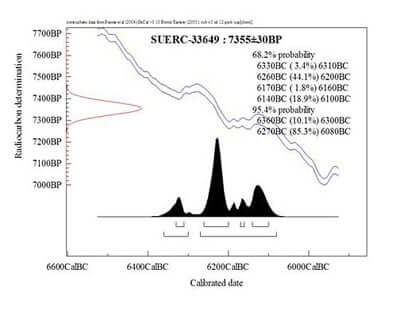 The C14 date from the aurochs tooth above – around 6250BC

Overall, the material found presents some huge questions. For example, could the site be one of the reasons why Stonehenge is sited where it is? The radiocarbon dates make this “place of residence” the oldest ever found in the Stonehenge area – and the later dates connect the site to the same millennium as the so called Mesolithic / Neolithic transition period. Have we found a site which was used for so long that it was a repository and transmitter of stories about traditions of veneration up on nearby Salisbury Plain? The only other known Mesolithic “place” in the landscape is the site of the enigmatic posts found underneath Stonehenge car park in the late 1960s, which appear to be “marking” this area up as somewhere “special” as well. The 7500 BC date from our site connects it to these posts, and the spring and this site are just over a mile apart. Could stories about the importance of the “posts place” have been passed down by people over the 3,000-year use of our site? Might this be a key reason for the later siting of the future Stonehenge?

Nearby the so-called Bluestonehenge monument (constructed around 3000 BC) has a spring immediately adjacent to it, which was formed at around the same time, and as a result of very similar geological conditions and processes, as ours at Blick Mead. We understand that some Mesolithic flint work has been found close to this area as well. This raises another tantalising question – were ancient springs on Salisbury Plain also very early sites of veneration / special places? Did the practices in and around them later become monumentalised in the Neolithic? 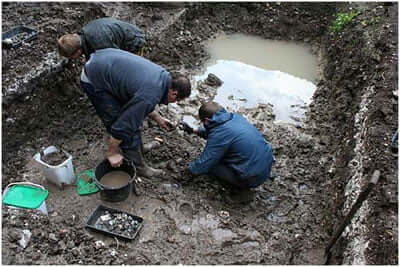 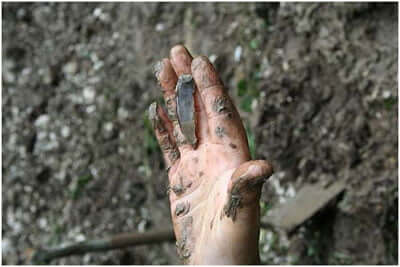 Alongside the spring, English Heritage Inspectors David McOmish, David Field and Mark Bowden identified a multi-phase field system whose origins lay in the Bronze Age and which continued in use throughout the Romano-British period. Subsequent excavation of this area by Open University students and Amesbury residents confirmed this identification as being completely accurate.

A copper alloy Bronze Age dagger, which was refashioned from a mid-Bronze Age sword called a rapier, was a notable find in 2009, and last year a mid-Bronze Age chisel was found on the field system side of the spring. The finding of these pieces suggests the spring was a place of ritual weapon deposition around 1400 BC. Professor Richard Bradley, who recently visited the site, thinks it is highly likely there is more Bronze Age metalwork in the form of a hoard in the spring. 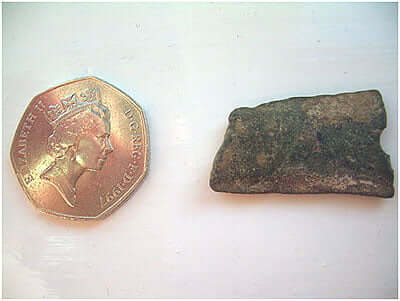 Although the Camp was given scheduled monument status for its Iron Age fort period, very little Iron Age pottery had been found previously outside an early occupation of the place in that period. Our team have found an Iron Age pottery assemblage from badger throws along the western ramparts of the Camp which pushes the occupation of the hill fort into the later Iron Age period and closer to the time of the Roman conquest. Some of this pottery might have come from over 50 miles away, according to Lorraine Mepham of Wessex Archaeology, which suggests the fort might have been an important centre for trade and people movement in the later Iron Age. 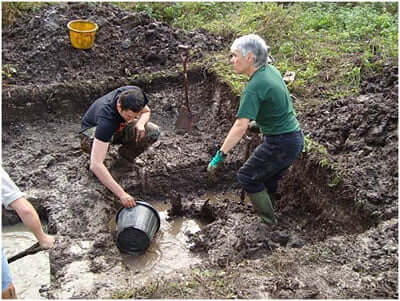 The finds of a 5th-century Anglo-Saxon disc brooch from a nearby spring (Chester-Kadwell), and medieval wooden staves from the main spring (Pryor and Taylor), connect the site to the early Anglo-Saxon and Amesbury Abbey periods. They add to the picture of the Blick Mead area being a place associated with veneration for the longue durée. 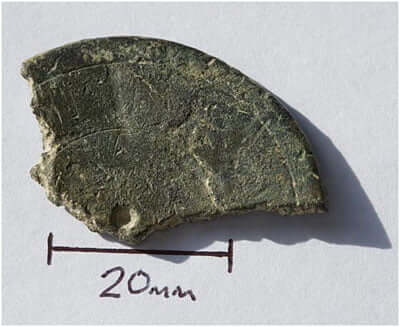 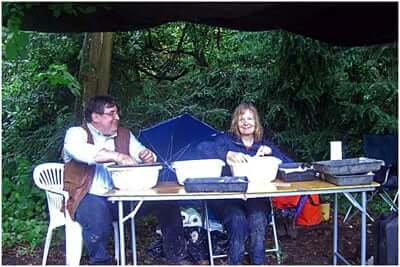