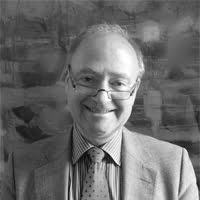 Professor Gwythian Prins, MA, PhD (Cantab), FRHS, is emeritus research professor at the London School of Economics having retired in 2013. He joined LSE in 2000 successively as Professorial Research Fellow and revived geo-political research at LSE as founding director of the Mackinder centre (named for Halford Mackinder, the School’s second Director). Then (2002-7) he took the first stint as the first Alliance Research Professor jointly at LSE and Columbia University, New York. For over twenty years previously, he was a Fellow, Tutor and the Director of Studies in History at Emmanuel College, Cambridge. He was a University Lecturer in Politics. He has also served in many public service roles since the 1990s at NATO, within the UK Ministry of Defence and as advisor to several governments on issues of energy and climate policy.

He is currently a member of the Chief of the Defence Staff’s Strategy Advisory Panel and of the Royal Marines Advisory Group. He is an honorary member both of the RN Special Boat Service and of the Army Intelligence Corps. In 2013 the Cabinet Office appointed him to the Board of the Charity Commission of England & Wales where he helps to regulate the 140,000 charities of England and Wales, responsible for a turnover of £54bn each year. He has helped to teach the Oxford Weidenfeld Scholars at their Moral Philosophy for Leaders seminars since 2008.

His current work rotates around the many framings of security. He has published widely and simultaneously in all the fields of his interests, which include books and papers in African anthropology and history; the social history of medicine and health; ‘development’ studies; strategic, geo-political and war studies; assessment methodologies for ‘wicked’ problems and in conditions of great uncertainty; politics and political philosophy; climate and energy policy studies. His essay on The British Way of Strategy-Making in 2011 was the first HRI Occasional Paper to be published.