In the complex and unpredictable environment of contemporary geopolitics, the dimensions of security and intelligence have acquired critical importance in the sustainment of stability in Europe. The brief tranquillity of the post-Cold War unipolar order, which encouraged the growth of cooperation and unity, would soon be challenged by multiple, conventional and novel, threats. Pivotal events in the European periphery – encouraged by catalysts such as religious fundamentalism, overpopulation and poverty, climate change, foreign intervention and other challenges – would disrupt European security. The revival of Russian geostrategic ambitions, the spread of terrorism, the waves of irregular migration from the Middle East and North Africa, the undermining of liberal democracy by foreign powers through disruptive methods, including hybrid and cyber tactics, are only some of the contemporary threats that challenge, today, European security and stability. 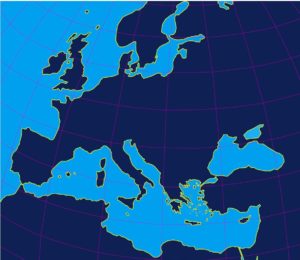 Each bimonthly issue – published in January, March, May, July, September and November –will be dedicated to the analytical paper of a single author. Papers may be published by personal invitation or by submission of a proposal, by interested contributors, consisting of the title, an abstract of 200-300 words and a brief biography of up to 300 words. Submissions must be consistent with the ESIN Submission Guidelines and should not exceed 4,000 words (excluding footnotes).