What our students say …

In the MFL Department, there is a close-community feeling, whether students are taking French or Spanish as a minor, or just as a one-off module. Here’s what a few of our students had to say about study and life in the Department of Modern Foreign Languages: 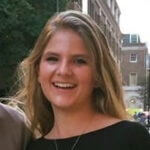 I chose to study Spanish as a minor alongside my major in Marketing. I studied Spanish at school for GCSE however it was not possible to continue for A level therefore, I was sceptical about taking Spanish up again after a 3-year gap.

However, after meeting with the Spanish lecturers to assess my ability, it all came flooding back and I knew I would enjoy it at Buckingham.

I started at Stage 3 and am now about to embark on the final stage of my degree, level 6. I have made some of the best friends in Spanish class and never leave a lecture without laughing.

The small class sizes mean that no one gets left behind. The lecturers never refuse to offer extra help outside of the lectures. Cristina and I have met every week for over 3 terms now as I struggled with confidence with my grammatical skills, she appears to never tire with having to explain things multiple times until I understand. I couldn’t have done as well as I have without her and her unlimited supply of Jaffa Cakes as rewards, which are a particular favourite of my groups! ¡Muchas gracias! 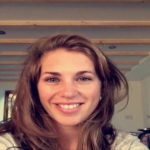 I decided to study Psychology at Buckingham purely because I had the option of taking it with Spanish, albeit a minor course, so I could maintain and extend my knowledge of the language, while immersing myself in something I truly adore alongside other keen students and inspiring tutors. The Modern Foreign Languages Department has been incredibly welcoming and supportive to me, particularly with my issues with nerves in the oral examinations.

I also have met some great friends here, who have helped me get even more out of the course – especially with film nights, language fairs and group work in and out of the class. I love being a member of such a multicultural and exciting department, it’s been thoroughly rewarding and enjoyable to learn from these motivated lecturers and discussing contemporary issues in Spanish-speaking parts of the world. 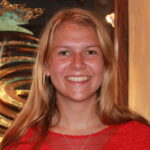 Having loved all aspects of French throughout school, I decided to continue to study the language as a minor alongside my Accounting and Finance degree. The fact that I was able to do this was one of the main things that attracted me to The University of Buckingham.

Since starting I’ve completed 3 French modules, all of which have had varied, interesting and extremely current content, from learning about different French speaking cultures to learning about the French economy. Both of my lecturers have been instrumental in keeping the course engaging, with extensive knowledge about all our topics, and have helped me to improve both my spoken and written French.

After graduating, our former MFL students have been successful in attaining valuable experience with City Law Firms, International Associations and Human Rights NGOs, working for the O.E.C.D. in Paris and the Think Tank CIVISMO in Madrid all due to their language skills. Here is an account of their experiences. 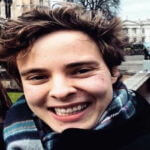 Upon graduating from the International Studies with Spanish course in December 2016, I was fortunate enough to find a job as Assistant Researcher with Think Tank CIVISMO, a free market economics think tank in Madrid. My role was to support research into international issues with a bearing on the Spanish economy, ranging from labor market dysfunction to populism. While I gained useful experience in open source investigations, my most important takeaway was the realization that I wanted to specialize in security studies. That led me to apply for the Master’s in Crisis and Security Management at Leiden University in The Hague, NL, where I now live.

While in Madrid, I sat the DELE C1 exams to get a recognized certificate of my Spanish proficiency. Having minored in Spanish at Buckingham provided me with a solid foundation, and I recommend all MFL students to build on their knowledge by getting the corresponding certificate. Even more so, I encourage everyone to spend time in a corresponding country after graduating. Not only is it the best language fix, but if my time in Madrid is any guide, you will have a blast! 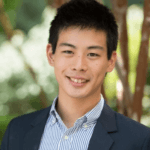 After completing Economics with French (with some Spanish courses) at Buckingham, I moved to Geneva, for an internship at a hedge fund. Though the internship was in English, French was very useful both in navigating through the city and in making new friends. After a master’s degree in Washington D.C., I then worked in banking in Mexico City for 3 years, where Spanish from Buckingham really helped at work, from the negotiation to the execution of deals.

With the international work experience (made possible largely by having taken French and Spanish courses at Bucks), I have recently joined the O.E.C.D., an international organization based in Paris, as an investment policy analyst, where I switch between several languages in dealing with different member states. Thanks to these foreign languages, it has been an exciting new chapter of my life in Paris so far! 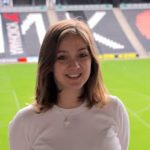 While many of my peers are still at uni, struggling with deadlines and finals, I’ve got a full-time job in the field that I love. I’ve been working for over a year now and this was only possible thanks to the 2-year-degree course The University of Buckingham offers to its students. During my time at uni, not only I learnt the fine art of journalism, but also I had the chance to learn another language. I decided to take Spanish as my minor and I have no regrets. Studying a foreign language gives you a mindset and openness to the world that it’s hard to put into words.

Plus, it enables you to break barriers and launch yourself into new experiences. That could go from speaking to a foreign friend in their native language (and that happens a lot in the workplace!) to finally book a trip to a country you’ve always wanted to go but were too scared. So, learning Spanish at uni is something I’ll always be grateful for and I highly recommend it to those who always put ‘learn another language’ in their New Years resolutions and never do it!