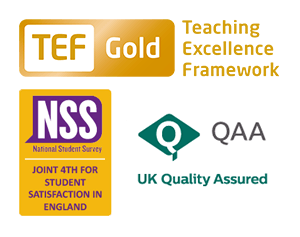 The programme explores how sport developed into the third biggest industry in the world, driven by paternalist institutions as well as market forces. The MA interrogates how technology has influenced spectator sport, and how sport became an agent as well as beneficiary of globalization. Students will study the biases that can work against good decision-making, and how effective leaders build consensus and effect change. The programme explores the relationship between data analytics and human judgment.

The MA examines the challenge of sustaining fair competition (cheating, doping, match-fixing) and best practice on how to retain and improve public trust. The programme explores the social function and value of the sporting event. Students will be introduced to sport’s reach and impact, its influence on local identify, as well sport’s role as an agent of cosmopolitanism. The sports event is always in flux: from the fan in the stadium, to the fan listening on the radio or watching on television, to the fan hooked into the digital world of social media. Students will study the power of sport as a projection of nationhood, and the wider issue of “sports diplomacy.” Students will be introduced to the influence of sport on race, gender and homophobia.

The first cohort of the MA Leadership in Sport will join a powerful network of second level thinkers inside sport, benefitting from new inter-relationships as well as new skills and insights.

Hear students from the first cohort discussing their recent experiences and what the course has given them.

This module revolves around two sets of skills, connected but distinct. First, how to improve decision-making (including balancing instinct with data analytics); secondly, how to build support behind decisions.  Students will interrogate the biases that can undermine rational decision-making. This is especially important inside professional sport, which culturally attaches so much value to “confidence”. A challenge for sports leaders is balancing external confidence with private intellectual scepticism. Equally, the result of a decision does not inevitably vindicate or invalidate the decision itself: good decisions can have bad outcomes and bad decisions can have good outcomes. Understanding the inevitability of multiple possible outcomes, and attaching probabilities to those outcomes – either precisely or intuitively – is one foundation of improved decision-making. Finally, leadership in sport is also about building a consensus. The module will thus ask its students to pose and answer the question of how effective leaders learn to take their team with them.

Drawing on history and economics, the module explores the relationship between sport and market principles & entrepreneurship. The amount of money in sport today is often portrayed as bringing threats to the integrity and value of games. This is linked to the nineteenth-century cult of amateurism, which overlaid sport with a theology: playing for love rather than profit was the highest good. Amateurism continues to influence the way sports are understood, even within sports that have long been professionalised. More recently, it has been argued that the history of organized sports (and mass spectatorship) explicitly evolved from the development of the sports industry and that the establishment of new sports leagues and businesses with a commercial orientation should be interpreted as breathing new life into the game.

This module explores past and current sports governance, law, and ethics as well as the regulatory and governance structure of sport. Contemporary sport has pushed tensions about rules and cheating to new limits. But the fault lines have always existed. Cricket developed in step with the gambling industry. The 1788 laws of cricket did not describe gambling as a problem; instead, there was a section dedicated to helpfully explaining the adjudication of bets. In 1793, Lord’s cricket ground hosted a match for a purse of 1,000 guineas. However, cricket was thrown into turmoil by match-fixing problems in the early nineteenth century – trust was evaporating. The Tour de France, which was invented to serve the ends of a newspaper, was also embroiled in cheating scandals from the outset. The problem of governance in sport today, and its legal and ethical ramifications reveals new pressures on old themes.

Sport has not only benefitted from globalisation, but it has also become a powerful agent of globalisation. This phenomenon has important historical roots. The Green Pavilion, built in Rugby School in 1841, is the oldest surviving cricket pavilion in the world. It lists the names of the boys who played for the school 1st XI cricket. In their adult lives, they went on to export and organize sports across the world: Australian Rules Football, gridiron in America, cricket in India. This was sport’s first great globalisation. A second wave emerged with the ascent of television and the freer movement of labour in the late twentieth and early twenty-first centuries. The module explores the relationship between money, talent, ideas and tactical innovation.

What are sporting events, how have they evolved, what is their wider cultural and political significance, and how will they change? Students will study the power of sports events such as the Olympics as a projection of nationhood, and the wider issue of “sports diplomacy.” Covering such historical dimensions as the transport revolution that permitted the formation of leagues and spectator sport, the impact of broadcasting, and the digital revolution/rise of social media, this module contextualises the sporting event. Case studies will be drawn from across 19th-, 20th– and 21st-century national and international archives, and discussed by leading practitioners working at the frontiers between sport, the media and the tech giants.

Sport both reflects and influences social attitudes and behaviours, raising fundamental questions about equality, while nevertheless promoting elite performance and status. Sport has long occupied a social function, connected to religion and myth, while also morphing into a tool that can be used to advance or accelerate social causes. Students will debate flashpoints and case studies, including how sport shaped reform agendas in Industrial Revolution Britain and post WWII America. Sport has now become a prominent battleground for wider debates over equality and representation, discrimination and prejudice. Despite the ascent of spectator sport, participation is now pincered by the atomization of private life and the squeezed purses of governments struggling to nurture sport in schools. Must sport now balance commercial opportunities with responsibilities embracing social justice, education and human rights?

For more information about this programme, please email ish@buckingham.ac.uk