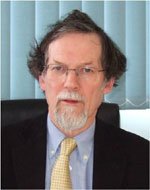 Degrees: BSc (Reading), DPhil, DSc (Oxon). Paul Trayhurn formally joined the University as Dean of Research Strategy (part-time) 2011-14, having been associated with the Clore Laboratory as an Honorary Professor since 2009. He was Acting Director of the Clore from 2015 to 2017.

Paul Trayhurn was elected a Fellow of the Royal Society of Edinburgh in 1997. He won the international André Mayer Prize in 1983 (given for outstanding work in the field of obesity for an investigator aged under 40), the Friedrich Wasserman Award in 2008 from the European Association for the Study of Obesity (for lifetime contributions to obesity research), the Kaufmann Memorial Lecture Award in 2009 (from the International Society for Fat Research), and  in 2019 received the inaugural Gowland Hopkins Award from the Nutrition Society (for ‘outstanding lifetime contributions to Cellular and Molecular Nutrition’). He has been Chairman of both the Scientific and Awards Committees of the International Association for the Study of Obesity; he has also been a member of the BBSRC Agri-Food Committee and the MRC Population & Systems Medicine Board, and is a former Editor-in-Chief of the British Journal of Nutrition and a Trustee of the Nutrition Society. His current activities include membership of the Newton Advanced Fellowships Panel of the Royal Society. He is the author of >300 peer-reviewed publications on energy metabolism, obesity and adipose tissue function; his published work has received >20,000 citations.