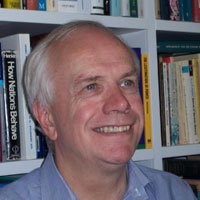 David Armstrong graduated from the London School of Economics before proceeding to the Australian National University in the 1970s to read for a PhD on Chinese foreign policy (published by California University Press in 1977 as Revolutionary Diplomacy). He has since held academic positions at Birmingham University, where he was co-founder and first Director of the Graduate School of International Studies, Durham University, where he was Research Director, and Exeter University, where he was Head of Department. He has also worked at various times for the Australian Parliament’s research service and the BBC World Service. He is a Fellow of the Royal Historical Society and was founder / editor of Diplomacy and Statecraft and editor of the Review of International Studies. He has many publications, initially on aspects of East Asian international relations and in the last twenty years on international organisation and international law.