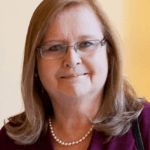 Dr Frances Burton is a specialist in Property and Family Law, a former Chancery Barrister and Judge of the Residential Property Tribunal.  Her research interests extend to Access to Justice, Dispute Resolution (including both Mediation and Arbitration, in which she is a practising member of the Chartered Institute of Arbitrators) and Women and the Law, including the history of the very early women lawyers in England and the Empire and Commonwealth; and as an active Vice-President and committee member of the Association of Women Barristers in England and Wales she has many links with similar organisations in other countries, such as the Australian Women Lawyers, the umbrella organisation for women lawyers in Australia,  and  the Women Barristers Association in Victoria, Australia, besides having close links with New Zealand and Canada, and with many other jurisdictions in Europe, Asia, Africa and the Americas.

She has many years’ experience of teaching Law in a variety of universities in England and overseas, is an active member of the Society of Legal Scholars (of which she is a former Convenor of the Family Law Specialist Subject Section, as well as of the Practice, Profession and Ethics Section) and is widely published by the leading legal publishers and journals and frequently speaking at conferences.

Currently, she has a respected Family Law textbook in bookshops (favourably reviewed in The Law Teacher) and annually updates Palgrave Macmillan’s Core Statutes in Family Law which she established in 2005, so now in its 14th edition with the 2018-19 edition in preparation.  Her latest publications are two chapters in Hart’s Women’s Legal Landmarks (edited by Professors Rosemary Auchmuty and Erika Rackley), just published for this year’s centenary of women’s suffrage in the UK, and the upcoming centenary of the Sex Disqualification (Removal) Act 1919 which enabled women to join the legal profession; and  an entry in the Oxford Dictionary of National Biography for the Anglo-Australian early woman barrister and 1930s English Women’s Test Cricket Captain, Betty Archard.  She has recently been conducting funded research on the experience of Litigants in Person in the Family Court in England and Wales for City University’s Centre for Child and Family Law Reform, and a monograph on her comparative research into Cohabitants’ Rights in the UK and overseas jurisdictions is forthcoming.